In Therapy: The Unfolding Story (Paperback) 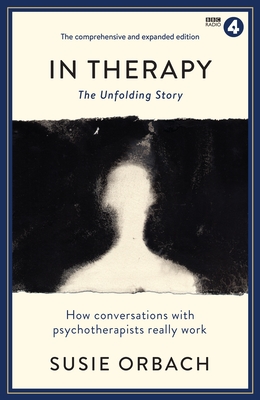 In Therapy: The Unfolding Story (Paperback)


Currently Unavailable
Worldwide, an increasingly diverse and growing number of people are seeking therapy. We go to address past traumas, to break patterns of behaviour, to confront eating disorders or addiction, to talk about relationships, or simply because we want to find out more about ourselves. Susie Orbach has been a psychotherapist for over forty years. Also a million-copy bestselling author, The New York Times called her the 'most famous psychotherapist to have set up couch in Britain since Sigmund Freud'. Here, she explores what goes on in the process of therapy through a series of dramatized case studies. Insightful and honest about a process often necessarily shrouded in secrecy, In Therapy: The Unfolding Story is an essential read for those curious about, or considering entering, therapy. This complete edition takes us deeper into the world of therapy, with 13 further sessions and a new introduction.
Susie Orbach is a psychotherapist, psychoanalyst, writer and social critic. She is the founder of the Women's Therapy Centre of London, a former Guardian columnist and visiting professor at the London School of Economics and the author of a number of books including What Do Women Want, On Eating, Hunger Strike, The Impossibility of Sex, Bodies - which won the Women in Psychology Prize - and the international bestseller Fat is a Feminist Issue, which has sold well over a million copies. The New York Times said, 'She is probably the most famous psychotherapist to have set up couch in Britain since Sigmund Freud'. She lives in London and lectures extensively worldwide.