The Time-Travelling Cat and the Roman Eagle (Paperback) 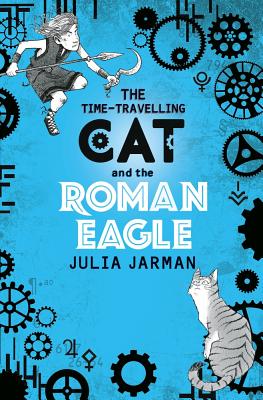 The Time-Travelling Cat and the Roman Eagle (Paperback)

This is book number 3 in the Time-Travelling Cat series.

Ka, the time-travelling cat, has vanished again, leaving Topher a clue in the form of a Roman word on his computer: Ca;;LLevA.
At first Topher isn't worried. Surely she's safe among the cat-loving Romans? But when he follows her to Roman Britain, they're both soon swept up in a conflict. As oppressed Britons fight the Romans, Topher faces a desperate choice - to help his British brother or his Roman friend?

Julia Jarman has written over 80 books for children. She has been a schoolteacher and journalist but she now devotes a lot of time to school and library visits to talk to children about writing.
"Very readable ... might do much to spark a new interest in early history" - - Kids Out

"Recreates life in Romano-Britain with vividness and ease . . . An enjoyable story" - - Books for Keeps