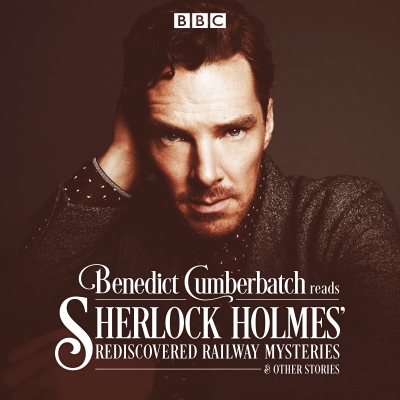 In a drawer in his bureau, Dr. Watson keeps a locked cedarwood chest—a "box of secrets." It contains an archive of notes referring to some of Holmes’ cases that, for one reason or another, never saw the light of day. Now, for the first time, Watson has decided to reveal the truth to the world. . . In these four thrilling stories, Holmes experiments with the science of ballistics, locates some missing gold bullion, investigates the theft of a large amount of money, and solves the baffling mystery of the Stovey murder. Benedict Cumberbatch reads these four new Sherlock Holmes stories by John Taylor: "An Inscrutable Masquerade," "The Conundrum of Coach 13," "The Trinity Vicarage Larceny," and "The 10.59 Assassin." Inspired by Arthur Conan Doyle’s original Sherlock Holmes stories, John Taylor has written four more mysteries featuring the world’s greatest detective. Read by acclaimed actor Benedict Cumberbatch, these new adventures share all the suspense of the original tales.

John Taylor is a writer and former BBC radio producer. He now runs The Fiction Factory production company, an established supplier of programs to the BBC.