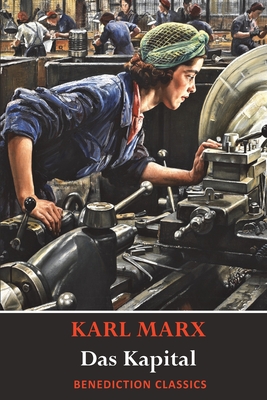 By Karl Marx
Email or call for price

Das Kapital is "a groundbreaking work of economic analysis, but also an unfinished literary masterpiece which, with its multi-layered structure, can be read as a Gothic novel, a Victorian melodrama, a Greek tragedy or a Swiftian satire." Francis Wheen, The Guardian.

Though he died in 1883, Karl Marx's Das Kapital, "the Bible of the working class," has been the book that most shaped twentieth-century history. His theories divided much of the world into two blocs, one embracing communism and the other fearing it, and cast a shadow into the twenty-first century.

Although Marx writes as a philosopher and economist presenting an analysis of an economic system, the book is surprisingly readable. It reads like a Gothic novel "whose heroes are enslaved and consumed by the monster they created."

Though many disagree with Marx's conclusions, his analysis has been almost universally respected. Surprisingly, it is Marx, and not Adam Smith who understood the central role of capital. The historian Gareth Stedman Jones wrote:

"What is extraordinary about Das Kapital is that it offers a still-unrivalled picture of the dynamism of capitalism and its transformation of societies on a global scale. Das Kapital has now emerged as one of the great landmarks of nineteenth century thought."

Das Kapital is a revolutionary book; forged during the political and industrial revolutions of the nineteenth century, it became the keystone of many Communist revolutions of the twentieth century. In this comprehensive analysis of capitalist economics and articulation of his theory of class conflict, Karl Marx (1818-1883) relentlessly argues that the accumulation of capital can only be achieved by bourgeoisie exploitation of the working classes. Das Kapital has not only changed history, but also human thought, becoming a foundational text in materialist philosophy, economics and politics.

This volume includes The Communist Manifesto, written with his friend and colleague, Frederick Engels, which not only envisions a wholly equal society in which neither property nor money exist, but suggests that this will be a natural and inevitable consequence of the class struggle that dominates human history.

Karl Heinrich Marx (1818 - 1883) was a German-born philosopher, economist, historian, sociologist. He lived in poverty with his wife and four young children in a two-room flat in Soho, London, while writing Das Kapital. In 1845, he wrote, "Philosophers have hitherto only interpreted the world in various ways; the point is to change it," words that capture his spirit and are inscribed on his grave. Later in 1848, in The Manifesto of the Communist Party, with Engels, he famously wrote: "Let the ruling classes tremble at a Communist revolution. The proletarians have nothing to lose but their chains. They have a world to win. Workers of the world, unite "

Had he lived to see the Russian and Chinese Revolutions, he would have felt vindicated