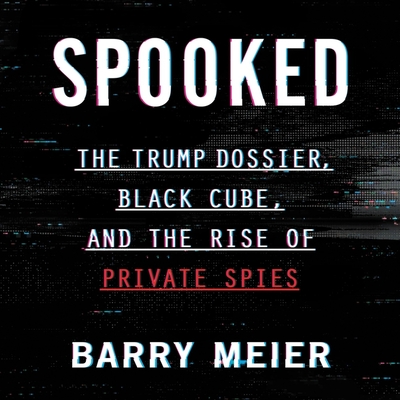 A Pulitzer Prize winning investigative journalist's explosive examination of the booming industry shaping our modern world: former journalists and spies going for hire--and financed by companies, politicians, lawyers, and the rich and powerful to excavate the lives of their enemies and opponents for dirt and secrets.

While most people now know of Christopher Steele, the British ex-spy, and Fusion GPS, the firm that hired him to dig up dirt on Donald Trump, private investigators have operated behind the scenes for decades, from the end of the Civil War, when Allan Pinkerton formed the first detective agency, to the 1970s, when Jules Kroll founded Kroll Associates to help Fortune 50 companies defend themselves against corporate raiders.

But in the twenty-first century, that's all changing. Today, private spies are shaping presidential elections, Hollywood management, government policies, and the fortunes of companies. They are also peering into our personal lives as never before, using off-the shelf technology to listen to our phone calls, monitor our emails, and decide what we see on social media. Private spying has never been cheaper and the business has never been more lucrative--while its power to influence has never been more pervasive. Fusion GPS, Black Cube, The Steele Dossier, the Theranos scandal, Harvey Weinstein's campaign against his accusers--one thing all of these major recent news stories share is the critical, and still underreported, involvement of the private espionage business.

Spooked is a twisting and disturbing tour deep inside this hidden billion-dollar industry defined by connections and betrayals, in which information is currency and loyalties shift with every client. Drawing on his depth of knowledge and unique access to sources, Barry Meier takes a fresh look at high-profile events readers think they know, and offers new and shocking revelations about them and the influential yet little-known people involved--powerful stealth operatives who are shaping the world we live in.