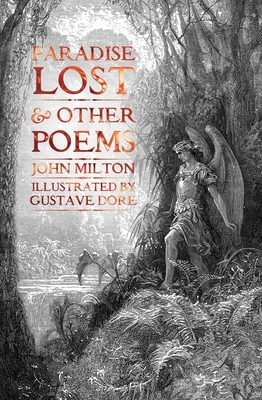 
Currently Unavailable
Alongside the Homeric epic tales, Paradise Lost is one of the greatest works of literature, now in a gorgeous edition from Flame Tree.

Paradise Lost tells of the expulsion from Eden and the war of Heaven that followed, exploring the fall of humanity and the rebellion of the fallen angels from the perspective of Satan and mortal kind. Milton's epic poem, written in 10,000 lines of blank verse divided into 12 sections, was a reflection of the political upheaval that led to the English Civil war.

John Milton (1608–74) was an English poet, early advocate for free speech, man of letters, and served under Oliver Cromwell during the years after the English Civil War. Regarded as one of the greatest writers in the English language, he wrote at a time of severe religious and political upheaval. He is best known for his epic poem Paradise Lost (1667).

Dr. Angelica Duran is Professor at Purdue University, US. She is author, co-editor or editor of 7 books and 50+ shorter publications, most of which demonstrate the global reach of Renaissance English works. She has served on the editorial board of Milton Quarterly and the Executive Committee of the Milton Society of America, including as President.

An artist who worked across many media, the multi-skilled Gustave Doré remains unequalled as a supremely talented illustrator, whose detailed and imaginative engravings for major works of literature – from Cervantes’s Don Quixote to Dante’s Divine Comedy, and even the Bible – have hugely influenced the way we see many cultural and literary characters and still inspire today.

Created and developed at Flame Tree Publishing, independent publisher and creator of fine books, journals, notebooks and art calendars, with a focus on myths, gothic fantasy and great works.