The Panthay Rebellion: Islam, Ethnicity and the Dali Sultanate in Southwest China, 1856-1873 (Paperback) 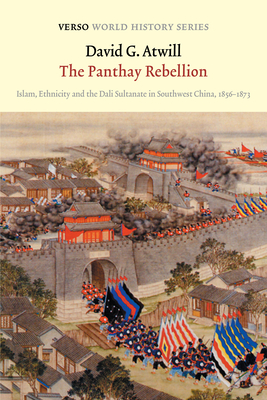 The Panthay Rebellion: Islam, Ethnicity and the Dali Sultanate in Southwest China, 1856-1873 (Paperback)

The Panthay Rebellion of 1856–1873 held the armies of the Qing dynasty at bay for nearly two decades. This account by David Atwill offers a remarkable panorama of the cosmopolitan frontier society from which the rebellion sprang.

The rebel leader, Du Wenxiu, took the name of Sultan Suleiman, established a Muslim court at the ancient city of Dali and sought to unite the population against Manchu rule, with considerable success at a time when the Qing faced threats in all parts of the empire. Atwill offers the first detailed account of Du’s seventeen-year rule and upturns a historiography that filters the Panthay Rebellion through the political and military lenses of the Chinese centre.

The insurrection was not rooted solely in Hui hatred of the Han Chinese, he argues, nor was it primarily Islamic in orientation. Atwill draws out the multitudinous complexities of Yunnan Province, China’s most ethnically diverse region and a crossroads for Tibetan, Chinese and Southeast Asian culture.

The Panthay Rebellion was the last of a series of mid-century Chinese revolts to be suppressed. Its downfall marked the beginning of a renewed offensive by the imperial government to control its border regions and influence the cultures of those who lived there.
David Atwill is Professor of History at Penn State University. He is the author of Islamic Shangri-la and co-author of Sources in Chinese History, and is writing a biography of the Chinese scholar-official Lin Zexu.