When We Choose to Die (Paperback) 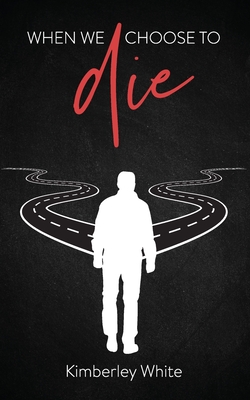 When We Choose to Die (Paperback)

What if what you don't know can hurt you?

Tom Johnson thought he knew everything. At least enough to decide he had his fill of life before deciding to take all those pills.

What he didn't know was everything that could have saved him. From surprising revelations that friends were in the same hopeless boat, to the discovery that if he would just hang on to the fragile threads of light he could look forward to them becoming a strong rope of life in the future.

Things always change when you die and loved ones always grieve. Those left behind are staggered and downright devastated when your death is of your own accord.

Tom gets the unusual opportunity to join a young woman waiting in the world between life and death and sees just how his choice impacts those around him - the stages of grief, the reaching effects of sadness, and what their lives become without him.

Johnson gets to see more than just what became of the world he so suddenly left behind. His spectral escort shows him what that world would look like if he decided to fight back the onslaught of darkness and cling to life - a future full of peace, success, and normalcy.

Join Johnson and an erudite tour guide as he learns what was, is, and could be before truly making the ultimate decision - to live on or give up all hope.