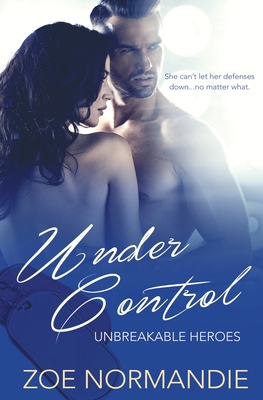 Danica has no choice but to trust her ex-Navy-SEAL bodyguard, so she can't let her defenses down or fall in love-no matter what.

All I've ever done is run. I've had no choice. It's just run or die. My family is ruthless.

But then everything changed. He showed up. Protecting me, challenging me, teaching me... I don't know what to think about this former Navy SEAL. I've never had a bodyguard before.

I've never been with a man before, either.

He represents a lot of firsts for me.

The only problem is that the harder I fall, the faster he pulls away. There's something in his past he won't tell me. Something dark.

But, for me, it's too late. I've never felt these intense feelings before, and I'm terrified. What I feel for him seems dangerous. I may have no choice but to run again-if it's not too late-because I've realized that my heart is firmly under his control.