A Hundred Words for Snow (Paperback) 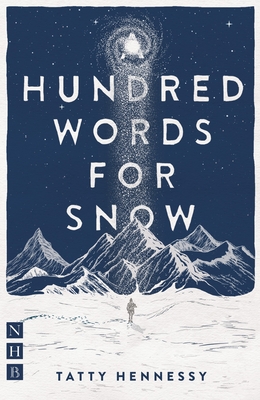 A Hundred Words for Snow (Paperback)


Call or email for availability
A Hundred Words for Snow is a complex, epic and undulating story by Tatty Hennessy that pitches themes of death and rebirth against a shifting backdrop of climate change, exploration and the uncertain geography of the North. It was first performed at the Arcola Theatre, London, in 2018, and was the winner of a VAULT Origins Award for outstanding new work from the VAULT Festival theatre program in 2018. It was revived at the Trafalgar Studios in the West End in January 2019.
Tatty Hennessy is a writer and theatre director. Her writing for the stage includes the short plays Copycat and Distant Early Warning, as well as full-length works All That Lives and The Snow Queen. Her monologue play, A Hundred Words for Snow, was a finalist in the inaugural Heretic Voices competition, and was staged at the Arcola Theatre, London, in 2018.