Fadya and the Song of the River (Hardcover) 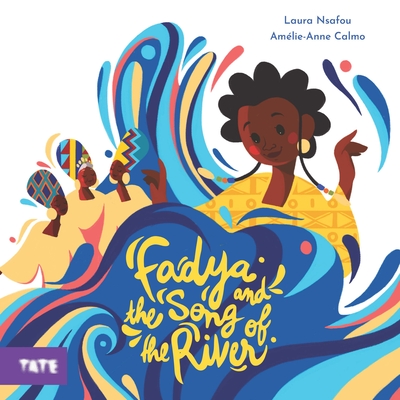 Fadya and the Song of the River (Hardcover)

Between the deserts of Mali and the rivers of Mauritania is a song known only to Africa itself. It is a song that can be heard every day, as long as the wind isn't blowing too hard. It is the song of the Luminaries, a group of women with powerful magic, all dressed in long golden dresses. Fadya is the youngest of the Luminaries, and on her journey she will encounter and help two fishermen who have inadvertently awakened the wrath of the goddess of the river.
Laura Nsafou, also known as Mrs Roots, is an Afrofeminist blogger and author. She reviews books from Afro literature and writes articles about Afrofeminism in France. Her different projects challenge antiblackness and seek for a fair representation of Black women in French culture. Founder of the Afrolab workshop, Nsafou is also the author of the picture book Comme un million de papillons noirs (Like a Million Black Butterflies, published at Editions Cambourakis), which has reprinted 11 times, as well as À mains nues (With Bare Hands, Editions Synapse), Le chemin de Jada (Jada’s Journey, Cambourakis), Fadya et le chant de la rivière (Fadya and the Song of the River, Lunii), La demeure du ciel (Heaven’s Abode, Cambourakis), and Nos jours brûlés (Our Burned Days, Albin Michel Jeunesse).