Iran and the Bomb: The Abdication of International Responsibility (Ceri Series in Comparative Politics and International Studie) (Hardcover) 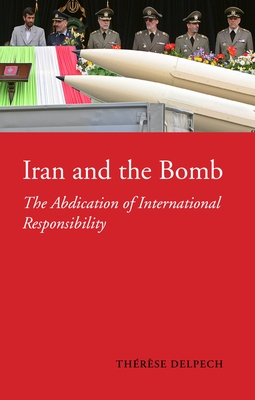 Iran and the Bomb: The Abdication of International Responsibility (Ceri Series in Comparative Politics and International Studie) (Hardcover)


Currently Unavailable
The Iranian regime is in the midst of a dangerous nuclear poker game with the West, playing for the highest possible stakes. Iran, ruled today by Ali Khamenei, the Guide of the Revolution, and the recently elected President Ahmadinejad, has no intention of yielding to international pressure exhorting it to suspend all uranium enrichment activity, a necessary but intermediate step in the process of building nuclear weapons. Iran is also seeking to join the WTO and it had been offered this incentive by the United States and the EU '3' (France, Britain and Germany) in exchange for a promise to cease enrichment. However, President Ahmadinejad's 12 April announcement that Iran has successfully enriched uranium takes the crisis to a higher plane. It also leaves many questions unanswered, above all, how the international community should respond to this unwelcome development. In this hard-hitting analysis of Tehran's intentions, Th r se Delpech, one of the world's leading authorities on
international nuclear security, outlines how Iran has successfully beguiled the international community for years, aided and abetted by China and Russia, both of which are eager to benefit commercially from Iran acquiring nuclear power. She dissects Iran's nuclear programme in minute detail, drawing on her inside knowledge. The first section of the book retraces the history of Iran's nuclear project from the 1970s--one that was launched by the former Shah with help from several Western countries--till today, when national pride, exemplified by Ahmadinejad's bellicose rhetoric, makes it highly unlikely that Tehran will bow to the diktats of the international community. She also examines the period when the programme was resumed, during Iran's war with Iraq (1985-90). The second section picks apart the strategy of the various actors in this global crisis: Iran, the EU '3', the United States, Russia, China and the IAEA (the International Atomic Energy Agency). In the third section, she
sets out the various possible solutions in terms of their feasibility, practically and politically: dismantling by force, supervised third party reprocessing, referral to the Security Council, Iranian appeasement. In conclusion, Delpech unravels the tangled regional and international dimensions of the crisis, setting out the enormous impact it is having on the Persian Gulf, Turkey, Israel, America's presence in Iraq and the wider Middle East and the future of the much weakened Nuclear Non-Proliferation Treaty (NTP).