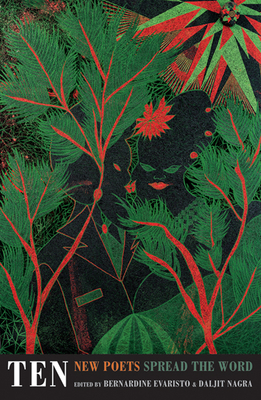 
Currently Unavailable
This groundbreaking anthology of ten new poets truly reflects the multicultural make-up of contemporary Britain. At a time when less than 1% of all poetry books published in the UK are by black or Asian poets, the work of these writers testifies to the quality and versatility of vital writing that should not be overlooked. These new voices draw on cultural influences and multiple heritages that can only enrich and broaden the scope of contemporary British poetry. This anthology is the culmination of a much needed initiative by literature development agency Spread the Word to support talented new Black and Asian poets. The poets' histories are to be found in Trinidad and Tobago, Grenada, Guyana, Jamaica, Ghana, Saudi Arabia, Pakistan, Sri Lanka, Bangladesh, Uganda, Ethiopia, Ireland and England. Their eclectic, wide-ranging poems will take you on a journey into war and exile, myth and magic, homeland and memory, fantasy, family and love. Whether travelling through the streets of London, the killing fields of Bangladesh, the cane fields of the Caribbean, or back in time to the life of a courtesan in 3rd century BC India, these poems will open up new landscapes for the reader. Ten's new poets are: Mir Mahfuz Ali, Rowyda Amin, Malika Booker, Roger Robinson, Karen McCarthy, Nick Makoha, Denise Saul, Seni Seneviratne, Shazea Quraishi and Janet Kofi Tsekpo.
British-Nigerian writer Bernardine Evaristo is the award-winning author of eight books and numerous other published and produced works that span the genres of novels, poetry, verse fiction, short fiction, essays, literary criticism, and radio and theatre drama. Her latest novel, Girl, Woman, Other (Hamish Hamilton/Penguin, 2019), was joint winner with Margaret Atwood's The Testaments of the 2019 Booker Prize for Fiction. She is Professor of Creative Writing at Brunel University London. Her first verse novel Lara (1997) was republished by Bloodaxe in 2009. She co-edited the Spread the Word new poets anthology Ten (Bloodaxe Books/The Complete Works, 2010) with Daljit Nagra. Her verse novel The Emperor's Babe was adapted into a BBC Radio 4 play in 2013 and her novella Hello Mum was adapted as a BBC Radio 4 play in 2012. In 2015 she wrote and presented a two-part BBC Radio 4 documentary called Fiery Inspiration: Amiri Baraka and the Black Arts Movement. In 2019 she is the inaugural Woolwich Laureate, appointed by the Greenwich & Docklands International Festival. Daljit Nagra was born and brought up in West London and Sheffield. He lives in London, and works as a secondary school English teacher. In 2003, he won the Smith/Doorstop pamphlet competition with Oh my Rub!, a Poetry Book Society Pamphlet Choice which was chosen as one of the Guardian's Poetry Books of the Year. In 2004, his poem Look We Have Coming to Dover! won the Forward Prize for Best Single Poem, and this became the title of his first collection, published by Faber & Faber in 2007. It went on to win the 2007 Forward Poetry Prize for Best First Collection and the 2008 Arts Council England Decibel Award. It relates to the experience of British-born Indians, and often employs 'Punglish' - English spoken by Indian Punjabi immigrants. Look We Have Coming to Dover! was shortlisted for several further awards, including the 2007 Costa Poetry Award, and the 2007 Jerwood Aldeburgh First Collection Prize.