The Fourteenth of July: And the Taking of the Bastille (Profiles in History) (Hardcover) 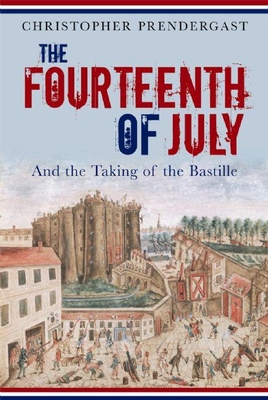 The Fourteenth of July: And the Taking of the Bastille (Profiles in History) (Hardcover)


Currently Unavailable
Using contemporary accounts, often by eyewitnesses, Prendergast describes the Bastille prison, its reputation as France's most feared place of incarceration; its storming by the armed populace, and the momentous aftermath...And then richly and fascinatingly he shows how the celebration of this extraordinary day, truly one of those which have shaped the world, became part of the fabric of national life.

Christopher Prendergast is Professor Emeritus at Cambridge University. He is a Fellow of King's College, Cambridge and a Fellow of the British Academy. He was the general editor of the Penguin Proust.