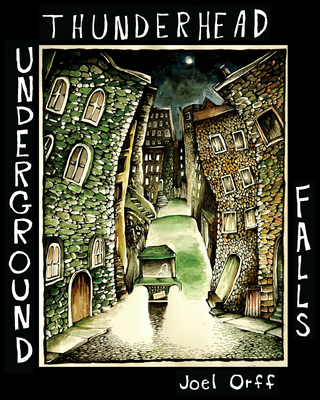 
Call or email for availability
Thunderhead Underground Falls tells the story of Jack, a young army reservist who has one weekend left before shipping out for combat in the Middle East. He and a friend find themselves behind the wheel of his parent's car, driving farther and farther west into a snowy landscape. The book is an impressionistic exploration of Jack's flight from his future, as well as an exploration of this place that he's pledged his life to fight for. Jack and his friends want to experience the simple freedom of taking a drive, of seeing familiar things before his outlook is changed forever by the violence that he knows he will soon face. As the hours go by, Jack begins to consider desertion, but he knows that if he stays to hold onto the life that he knows, it will still be changed forever.