The Push Man and Other Stories (Hardcover) 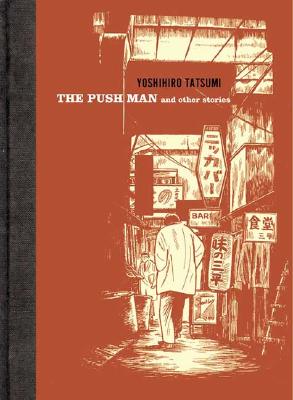 The Push Man and Other Stories (Hardcover)

A collection of short stories from the grandfather of Japanese alternative comics.

Legendary cartoonist Yoshihiro Tatsumi is the grandfather of alternative manga for the adult reader. Predating the advent of the literary graphic novel movement in the United States by thirty years, Tatsumi created a library of literary comics that draws parallels with modern prose fiction and today's alternative comics.

Designed and edited by one of today's most popular cartoonists, Adrian Tomine, The Push Man and Other Stories is the debut volume in a groundbreaking new series that collects Tatsumi's short stories about Japanese urban life. Tatsumi's stories are simultaneously haunting, disturbing, and darkly humorous, commenting on the interplay between an overwhelming, bustling, crowded modern society and the troubled emotional and sexual life of the individual.

"What a revelation this book is. I'd no idea that long before writers like Haruki Murakami and Kenzo Kitakata, the work of Yoshihiro Tatsumi had so expertly peeled away the lacquered layers of Japanese social and sexual surfaces to reveal the elemental heart beneath, and with such fearless depth of feeling. Decades ahead of its time and long overdue for U.S. publication." --Chip Kidd