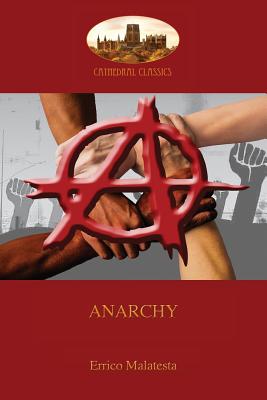 By Errico Malatesta
Email or call for price

Errico Malatesta was an Italian anarchist and writer (1853-1932), who lived much of his life in exile and was expelled or forced to flee from many of the countries he visited. He teamed up with other well known anarchists, like Peter Kropotkin and Mikhail Bakunin, to promote anarchist ideas and advocate revolution - activities that resulted in more than ten years in prison.

Anarchy was originally published in 1891 as a pamphlet. From the start, Malatesta is at pains to clarify the true meaning of the term. It should on no account, he says, be associated with disorder and chaos. Instead, it should be construed in its original Greek sense to mean 'without a ruler' or "... without any constituted authority ... or government."

This short treatise outlines Anarchy's tenets, among which are the abolition of private property, privilege and class and the formation of decentralized self-governing communities. In Malatesta's view, people have too long been conditioned into believing they need authoritarian government which, time and again, ends up serving a privileged few rather than the many. He urges us to reassert our natural inclination for voluntary cooperation and the sharing of skills and resources. Only then will we know true personal freedom.