Wholegarment: The Philosophy and Technology of a Fashion Revolution (Hardcover) 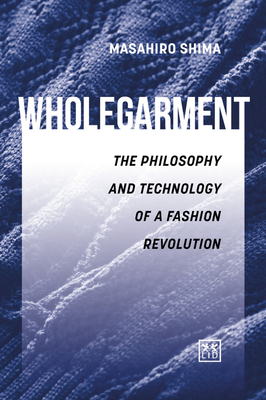 Wholegarment: The Philosophy and Technology of a Fashion Revolution (Hardcover)


Currently Unavailable
In 1962, Masahiro Shima founded Shima Seiki, with the aim of developing a fully automated seamless glove-knitting machine. Following this success, the company expanded into flat knitting machines. However, the age of the computer brought a whole new era for Shima Seiki. By committing to computerization in its mainstream products, Shima Seiki gradually began to stand apart from its competitors. Shima Seiki's focus on computer-aided knit design and programming in fact led to a revolution in the fashion industry. Written by the inventor himself, this book looks at how Masahiro Shima developed both the technology and philosophy to enable his company to be market leaders in industrial knitting machines - and fundamentally change the fashion industry. This culminated in the launch of the company's Wholegarment knitting machine in 1995, which altered forever the way knitted garments are produced, and which today is used by fashion manufacturers across the world.
Masahiro Shima is the Founder and Chairman of Shima Seiki MFG Ltd.