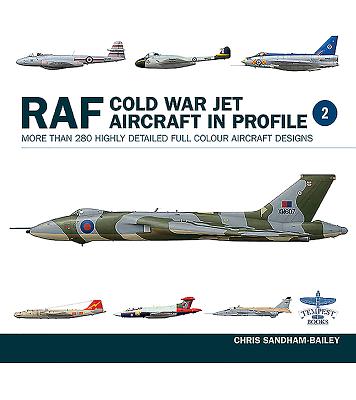 
Currently Unavailable
Written and illustrated throughout by renowned aviation artist Chris Sandham-Bailey, RAF Cold War Jet Aircraft in Profile covers 14 different aircraft types designed and built by British companies and operated by the RAF between 1945 and 2010.

Featuring profiles, text and diagrams of frontline and trainer jets from the Gloster Meteor during the closing stages of the Second World War to the Bae Harrier which was finally retired in December 2010, it has everything in between, including the iconic Avro Vulcan and English Electric Lightning.