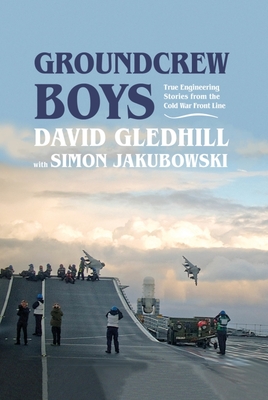 Have you read stories of 'derring-do' from former operational aircrew and been left wondering what went on in the hangars and on the airfields, as those aircraft were serviced and prepared for flight? In this edition of the Boys series, you'll discover the true stories of life on the flight line, written by those who served. Some of them are humorous, some are thought provoking but for sure the reader will be engrossed. Twenty engineers, some former groundcrew, some engineering officers but including enthusiastic aircraft restorers, recall stories of incidents around the world, about aircraft as diverse as the Phantom, the Shackleton and the Sea Harrier. Although some of the stories reflect on incidents where things went wrong, and are told in a typically ribald manner, the dedication and professionalism of the people who serviced these front-line aircraft could never be in doubt. The men and women of the British armed forces rank amongst the best in the world. It will also be apparent that their love did not end with retirement and many of the groundcrew went on to work for companies designing the next generation of aircraft. Some dedicate their spare time to restoring their former war machines so that future generations will enjoy their heritage. The stories are collated and set in context by aviation author David Gledhill and are illustrated with photographs, many from the groundcrew themselves and previously unpublished. A must for all aficionados of the Boys series.