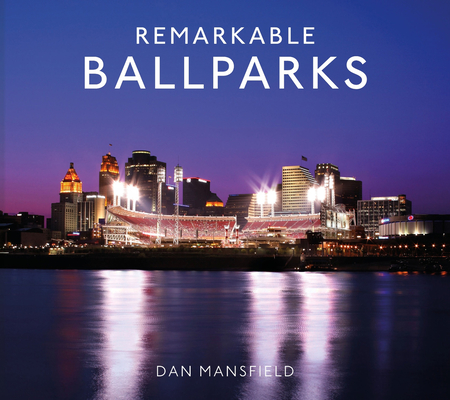 
Available at One of Our Locations
A beautifully illustrated collection of some of the most amazing venues to host baseball games, from megastructures to local ballparks with a story


What started as America’s National Pastime is now a global phenomenon with multimillion-dollar baseball leagues around the world and enough countries playing the game to warrant its inclusion in the 2020/1 Olympics.

Beautifully photographed, Remarkable Ballparks looks at the range of amazing places that host baseball games, from the historic Wrigley Field rooftop grandstands, together with the home of the Green Monster—Fenway Park—to the megastructures of the modern ballparks with retractable roofs to protect against weather (Toronto’s Rogers Centre and Seattle’s T-Mobile Park for rain, and Miami’s Marlins Park for heat). Venturing abroad, the book also provides a look at ballparks in Tokyo, Berlin, and the Caribbean, among others.

Dan Mansfield is a lifelong Chicago Cubs fan. Working for Thunder Bay Press in San Diego he has helped edit every major North American city "Then & Now," including Ballparks Then & Now by Eric Enders. A collector of quirky baseball stats, Dan has been following baseball since the 1970s.