My Life and I: Confessions of an Unliberated Housewife, 1966-1980 (Paperback) 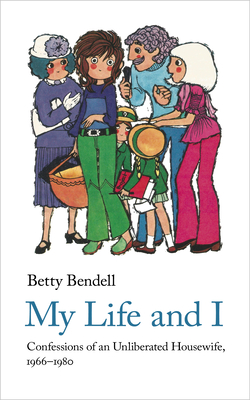 My Life and I: Confessions of an Unliberated Housewife, 1966-1980 (Paperback)

This
collection of the best of Betty Bendell, a leading magazine columnist for the UK edition of Good Housekeeping and other magazines, will delight
and amuse. From 'My dollyrocking days are over' (1966) to her last
column for GH
in 1980, these 87 magazine columns have been chosen for their glorious humour, their
social history and absolute embeddedness in British life in the late 1960s to
1980. Betty recorded her era from the perspective of a mother and a wife at
home, in the school playground, at the parties, in the garden, on holiday, in
the shops, and queuing at the supermarket, speculating wildly about the lives
of her friends and neighbours.

BettyBendell was one of the top five Britishwomen's magazine columnists in the late 1960s and 1970s. She wrote continuouslyfor a range of magazines, including Annabel, Woman, Homesand Gardens, TheLady and TheCountryman, but she was most well-known for herlong-running columns in GoodHousekeeping and Family Circle. She was perceptive, direct andfunny, one of the leading comic writers of her day.Betty Bendell(1929-2021)was born in Wimbledon, south London, and served in the Women's Royal NavalService before marrying a Royal Navy photographer in 1957. They had a son and adaughter and lived in Goring and Henley before emigrating to Canada in 1975.She wrote for a range of Canadian magazines before retiring in 2012, aged 83.