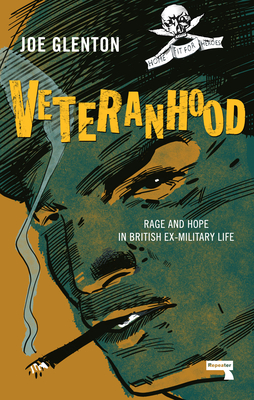 One of Britain's most radical veterans takes us on a guided tour through ex-military life at the heart of a dead empire.

The military veteran is claimed by all sides. Conservatives, liberals and socialists all want to speak about and for ex-servicemen, yet far-right demonstrations are dotted with berets and medals and ex-military men have become celebrities of the reactionary manosphere.

So who are Britain's ex-servicemen? What do they want? What are their politics? What are the issues which animate them? Are they just irredeemable fascists by dint of their service to Empire? Or is there a radical political potential waiting to be unlocked?

Former soldier Joe Glenton takes us on a guided tour through ex-forces life at the heart of a dead empire as he attempts to demystify military culture, rescue the veteran from his captors, and discover if a more optimistic, humanist mode of veteranhood can be recovered from the ruins.

Joe Glenton is a journalist, film-maker and award-winning author. He was a British soldier from 2004 to 2010, serving in Afghanistan. He has written on defence, war and the military for Declassified UK, Vice, The Independent, The Guardian, Vice and others.

"As a veteran of Iraq and Afghanistan, it amazes me how our experiences in America mirror those in the UK. Regardless of the decisions made by governments, dog-faced soldiers that spend their days in the enemy's backyard all share the same experiences during and after the war. Truly an interesting read that shows me how close we are." - Richard Ojeda II, MAJOR, US Army (Retired) and former Democratic Senator for West Virginia

“A groundbreaking and essential correction to the media fairytale of life as a UK military vet, written in the style of the legendary Gonzo writers of the 60s. It’s Andy McNab meets Hunter S Thompson and does that rare thing: provides deep insight while treating the reader with electrifying prose. I read it in one sitting.” - Matt Kennard, founder of DeclassifiedUK

"Glenton's superb and angry memoir of comradeship and resistance takes you where no sane person would want to go: to the front line of combat with people who understand how shit war is, and are coming back mad as hell." - Paul Mason, author of Postcapitalism