The Ottoman Army of the Napoleonic Wars, 1784-1815: A Struggle for Survival from Egypt to the Balkans (From Reason to Revolution) (Paperback) 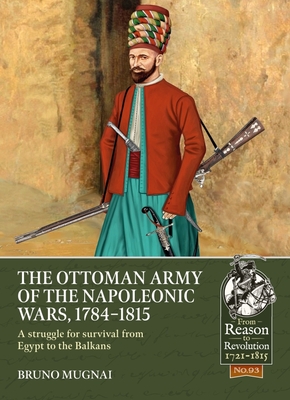 The Ottoman Army of the Napoleonic Wars, 1784-1815: A Struggle for Survival from Egypt to the Balkans (From Reason to Revolution) (Paperback)


Currently Unavailable
The Ottoman Empire was only marginally affected by the conflicts of the Napoleonic era; however, the period between the 1780s and 1820s was very important for the history and institutions of the multicultural state. Scholars working on the Ottomans in the Balkans, Anatolia, Egypt, and Syria have reached something of a consensus about these years as a watershed for the Ottomans. It was a moment when reform became necessary not just as a palace experiment, but as a matter of life and death for the dynasty and empire alike. Survival in the Ottoman dynastic context meant engaging in a series of multilateral negotiations, not only with foreign powers, but also with a host of new military, intellectual, and religious elite groups. These emerged precisely because of shrinking borders, mobile military forces, and refugee populations. The struggle for survival was central to the changing dynamics of Ottoman society, especially in a period when war was generally proving too costly in human and economic terms. The toll on local society was large, and also involved the territories of the empire which were not directly within the war zones.

This book examines the changes and development of the Ottoman army from its campaigns against the Bedouin in Iraq in the 1780s until the Serbian uprisings in 1804-13 and 1815. It also includes a detailed description of the dress and equipment of the Ottoman soldiers of this period.