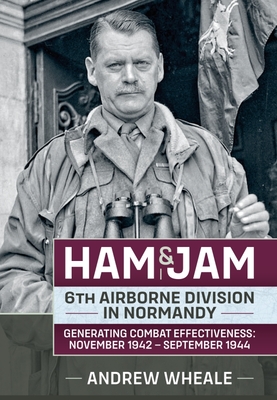 
Ships to Our Store in 1-5 Days
The highly effective leadership of Major-General Richard Gale overcame the haphazard nature of airborne operations 1939-1945, and enabled the unproven British 6th Airborne Division to achieve its objectives during the Normandy Campaign of June - August 1944.

Despite its scattered parachute landings 6th Airborne achieved its D-Day goals, and held the line for three months, a task for which it was not equipped. This study examines the factors that made this possible and analyses Gale's impact on the Division's organizational development, preparation and training which lay behind this success.

To establish the environment within which Gale had to operate, this book explores the shaping forces which influenced the creation of 6th Airborne Division: the constraint of inadequate resources and the absence of a clear applied airborne doctrine, inter-service politics and the influence of key war figures such as Field Marshal Sir Alan Brooke. The study pursues the links between war situation, the cost and capability of equipment and manpower, developing technology, and ongoing training through to distinguishable impact on the enemy. Two unique models form the heart of the study. The first shows the process of 1940-1945 airborne assault methods based on British cognizance of 1940-1943 operations. The second exposes the influences needed to create high value military formations based on 6th Airborne's experience - with Gale acting as a critical accelerant.

The leadership provided by Gale in the creation, development and Normandy operations of 6th Airborne Division was critical. The capability of the Division was developed through a tough regime of realistic and relevant training which also forged a robust identity. Aggressive and inventive leadership was selected and employed throughout the order of battle, while intelligent but simple operational planning was used as the base of briefing which was then cascaded throughout. The impact of surprise in the landing operation and a pragmatic approach toward co-opting the firepower of surrounding forces then maximized 6th Airborne's combat effectiveness. It was Gale and his leadership culture which underpinned the development of the capability of the airborne soldier and the cohesion of the fighting for as a whole.