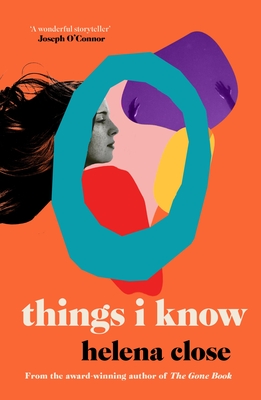 18-year-old Saoirse can't wait to leave school - but just before the final exams her ex-boyfriend dies by suicide. Everyone blames Saoirse - even Saoirse herself, who cheated on him with his best friend. She is shunned by her schoolmates and suffers unbearable levels of anxiety, which her useless counsellor does nothing to alleviate.

On the night of the prom, everything becomes too much and Saoirse makes a decision that lands her in a psychiatric hospital. Slowly, painfully, with the support of a friendly hospital cleaner, her old best friend, her kind and hilarious grandmother, and even her irritating sister, Saoirse regains hope of finding herself again.

Helena Close's debut YA novel The Gone Book was nominated for the Carnegie Medal in 2020. She is a native of Limerick City in Ireland. She has been writing full-time for over 20 years. She has written or co-written eight novels, published by Hodder Headline, Hachette Ireland, Little Island and Blackstaff Press. She is obsessed with rugby, and she loves cats and dogs and sometimes people.