The Sky in Silver Lace (Paperback) 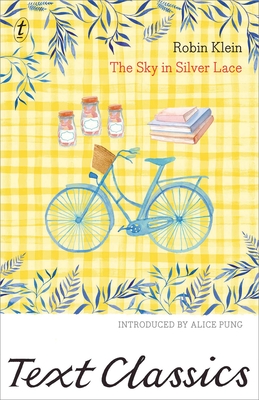 The Sky in Silver Lace (Paperback)

"A writer who relishes the drama of everyday life."--Guardian

The Melling family has moved to the city, leaving Dad behind. Money is tight, finding a place to live is difficult, and the girls are coming to terms with the freedoms and limitations of adult life. The final book in the trilogy.

Robin Klein is one of Australia's most popular and accomplished writers for children and young adults. Robin has had more than 40 books published. Her works have been adapted for both stage and screen. Many of her books have been shortlisted for the Australian Children's Book of the Year Award. Alice Pung's award-winning books span the genres of memoir, non-fiction, anthology, young adult and children's fiction. Alice's first book Unpolished Gem won the 2007 Australian Book Industry Award for Newcomer of the Year. Her second book, Her Father's Daughter, won the 2011 Western Australia Premier's Literary Award, and her first novel, Lucy and Linh, received a Kirkus star.