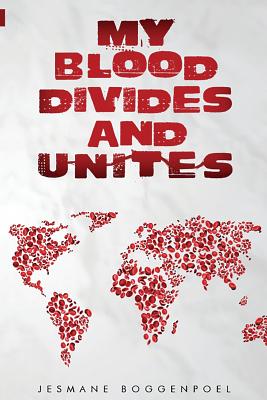 Coming of age in South Africa as apartheid falls, a young mixed-race woman struggles to overcome her identity and heritage.

Born into poverty and state-mandated third-class status, Jesmane was weighed down by self-doubt, feelings of inferiority and shame even though she was at the top of her class and showed great promise.

After graduating from a prestigious South African university, earning a master's degree at Harvard University and becoming Head of Business Engagement for Africa at the World Economic Forum, she continued to wrestle with internal conflicts and contradictions stemming from her past.

In this touching memoir, Jesmane and various South African colleagues explore their early lives, embrace the crippling contradictions forced upon them by apartheid, and craft new narratives for themselves, narratives of acceptance, inclusion, and boundless possibilities.

As a mixed-race (coloured) woman, whose genes connect her with all parts of Africa, as well as East Asia, South Asia, Germany, Wales, Netherlands, and other parts of the world, Jesmane is a microcosm of nations riven by internal strife. She reconciled with herself by deliberately turning to the conflicts and contradictions within. Doing so forced her to explore her past, grapple with lingering emotions, and come to a new understanding of herself, to a new healing.

Our world today, divided and fractured, would benefit from a similar process of self-reconciliation, of exploration of national and individual stories, followed by the embrace of contradictions and the crafting of new narratives of acceptance, inclusion, and boundless possibilities.

The stories Jesmane tells in this book - her story, and those of people from around the world spanning from US, Mexico across to India, Pakistan, Nepal and to Rwanda - can bring healing and inspiration to all.

Jesmane Boggenpoel is an experienced business executive and a former Head of Business Engagement for Africa at the World Economic Forum in Switzerland. She has served on the boards of various South African and international organisations. She is a Chartered Accountant (South Africa) and holds a Master's degree from Harvard University's JFK School of Government. Jesmane was honoured as a Young Global Leader of the World Economic Forum and is a Harvard Mason fellow.