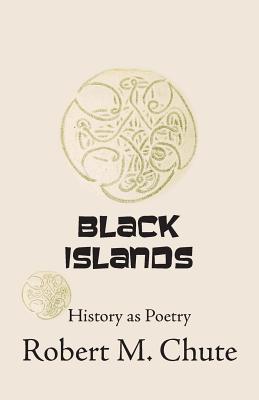 
Ships to Our Store in 1-5 Days
(This book cannot be returned)
These poems are the distillation of Robert M. Chute's research and thoughts reflecting his reading of Thomas Harrison's book, Savage Civilization. To Chute the book is " a compelling account of the Harrison's experience in the Pacific islands known as The New Hebrides, called Melanesia indicating the color of the skin of the people there. Chute remarks, "How much trouble that pigment has generated in pale-minded, pale people." These poems have form and a minimal rhyming scheme-no punctuation. In line with Chute's clear, cut-to-the-bone style, these poems are a perfect antidote to a frenzied world. Read it once. Ponder. Read it again. And again. Put it down and find yourself coming back. You will not forget these poems. About the Author: Robert M. Chute is a native of Naples, Maine and was educated, according to Chute, with varying degrees of success, at Fryeburg Academy, the University of Maine, and Johns Hopkins University. He served in the U.S. Air Force in WWII, in the Aviation Physiology Unit of a Proving Ground Command. He joined the Bates College teaching staff as Chairman of the Biology Department in 1962. Wearing his scientific hat, he wrote Introduction to Biology and Environmental Insight both published by Harper and Row. Always aware of being a steward of our earth, lakes and trees, Chute was instrumental in the formation of COLA, The Congress of Lake Associations, dedicated to the study and protection of Maine lakes. He also served as chair of a state commission concerned with genetic modification of agricultural products. During the 1960s he produced and edited a mimeo poetry magazine, The Small Pond. Research in and Professing of Biology supported his poetry habit until retirement from Bates College in 1993. He received the Rhine Humanities Council chapbook award for Samuel Sewall Sails for Home and the Beloit Poetry Journal's Chad Walsh Award for the poem, "Heat Wave in Concord." Chute was awarded the 2011 Distinguished Achievement Award by the Maine Writers & Publishers Alliance. Chute ran as an independent protest candidate for the U. S. House during the Vietnam War and is an active supporter of Veterans for Peace.