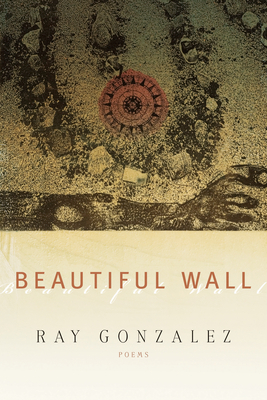 Beautiful Wall takes us on a profound journey through the deserts of the Southwest where the ever-changing natural landscape and an aggressive border culture rewrite intolerance and ethnocentric thought into human history. Inextricably linked to his Mexican ancestry and American upbringing, Ray Gonzalez's new collection mounts the wall between the current realities of violence and politics, and a beautiful, never-to-be-forgotten past.

Ray Gonzalez is the author of fifteen books of poetry. The recipient of numerous awards, including a 2002 Lifetime Achievement Award from the Southwest Border Regional Library Association, he is a professor at the University of Minnesota in Minneapolis, Minnesota.

Ray Gonzalez is the author of fifteen books of poetry, including six from BOA Editions: The Heat of Arrivals (1997 PEN/Oakland Josephine Miles Book Award), Cabato Sentora (2000 Minnesota Book Award Finalist), The Hawk Temple at Tierra Grande (2003 Minnesota Book Award for Poetry), Consideration of the Guitar: New and Selected Poems (2005), Cool Auditor: Prose Poems (2009), and Beautiful Wall (2015). The University of Arizona Press has published eight of his books, including Turtle Pictures (Arizona, 2000), a mixed-genre text, which received the 2001 Minnesota Book Award for Poetry. His poetry has appeared in multiple editions of The Best American Poetry (Scribners) and The Pushcart Prize: Best of the Small Presses 2000 (Pushcart Press). Gonzalez is also the author of three collections of essays and two collections of short stories, and the editor of twelve anthologies, most recently Sudden Fiction Latino: Short Short Stories from the U.S. and Latin America (W.W. Norton). He has served as Poetry Editor for The Bloomsbury Review for thirty-five years and, in 1998, founded the poetry journal LUNA, which received a Fund for Poetry grant for Excellence in Publishing. He was awarded a 2002 Lifetime Achievement Award from the Southwest Border Regional Library Association, and is currently a professor in the MFA Creative Writing Program at The University of Minnesota in Minneapolis.