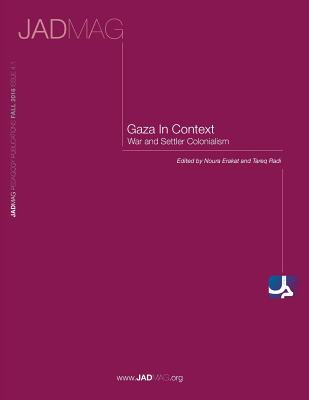 In the summer of 2014, Israel launched its most devastating offensive on the besieged Gaza Strip to date. Israel sealed its perimeters, expanded its buffer zones, concentrated the already dense population, and launched six thousand airstrikes and fifty thousand artillery shells in an air and ground offensive that lasted for fifty-one days. The register of death and destruction was, expectedly, harrowing. Despite overwhelming evidence of the disparity of power between Israel and Palestinians and the aggressiveness of Israel's exercise of its power, including excessive and brutal violence and collective punishment in Gaza in the form of occupation, siege, and frequent military assaults against dense and captive civilian populations, mainstream media and educational materials continue to frame Israel as the victim.

This compendium, in combination with the pedagogical project Gaza in Context, uses Operation Protection Edge to demonstrate the temporal and spatial continuity of Israel's settler-colonial policies across Israel and the Occupied Territories in order to disrupt the language of exceptionalism surrounding Gaza today. The volume scrutinizes Israeli settler-colonialism through a multidisciplinary lens including history, law, development, political economy, and gender.

In addition to the articles within this volume, Gaza in Context: War and Settler Colonialism features several teaching guides and a bibliography that are intended for teaching and research purposes, respectively. Together, the aforementioned components and the short film Gaza in Context seek to provide an assertive framework for understanding Israel's systematic attacks as part of the larger question of Palestine.