After Houses: Poetry for the Homeless by Claire Millikin (Paperback) 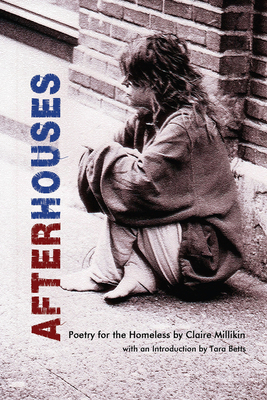 After Houses: Poetry for the Homeless by Claire Millikin (Paperback)


Currently Unavailable
AFTER HOUSES is an extended meditation on homelessness. In unflinching, raw poetry, poet Claire Millikin explores states of homelessness, and a longing for, even a devotion to, houses—houses as spaces where one could be safe and at ease. The poems move through an American landscape, between the South and the North, between childhood and adulthood, reaching toward a home that's never reached, but always at one's fingertips. Throughout this collection, Millikin draws from personal and family history, from classical mythology and architectural theory, to shape a poetry of empathy, in which some of the places where people get lost in America are faced and given place. AFTER HOUSES echo the voices of girls who have not quite survived, but who persist, intact in the way that Rimbaud insists on intactness, in words.
Claire Millikin is the author of seven books of poetry, including After Houses-Poetry for the Homeless, Tartessos and Other Cities, and Ransom Street, also published by 2Leaf Press. She has taught at the University of Maine Farmington and at the University of Virginia, and she holds a research fellowship at Princeton. Under the name of Claire Raymond, she publishes scholarship focusing on issues of race, gender, and decolonizing theory. Her scholarly books include Witnessing Sadism in Texts of the American South and Women Photographers and Feminist Aesthetics.