As Far as I Know (Paperback) 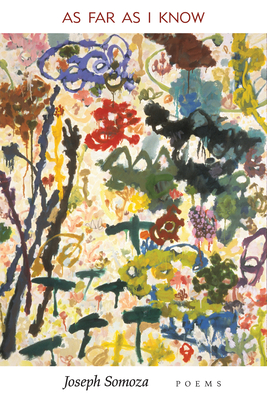 As Far as I Know (Paperback)

From the foreword, Freight Train: Being an immigrant from Spain who spoke mostly Spanish but who wanted to become full-fledged American, I also wanted to make my poems from ordinary, spoken English, without excessively rhetorical devices, the kind of language spoken by my first heroes in America, my uncle Arthur and his buddies who would meet at his gas station regularly to shoot craps, drink Ballantine Ale, and recall their youthful adventures as merchant seamen, the 'real language of men, ' as William Wordsworth called it. This would be a natural American-English language that an ordinary American in a heightened state of emotion might actually speak, a language heightened just enough to draw attention to itself but not so much that it would sound artificially 'poetic, ' the kind of language a later hero of mine, Jack Kerouac, used.

Sitting here among my friends
the trees, I feel their
quietude, the gratitude
they show by holding out
their limbs, generously
allowing the moss to grow
on them, and squirrels and birds to
build nests in their crowns.
They don't seem to mind my
sitting here, maybe sensing
how much I value their
contemplative nature,
their general satisfaction
with the way things are.
Rooted to their one place
in the woods, they don't
crave something better,
nor complain about the weather.
They stand tall and straight,
side by side accepting
whatever comes.

Joseph Somoza was born in Spain and grew up in New Jersey, Chicago, and Cincinnati. He retired form teaching at New Mexico State University in1995. He lives in Las Cruces, New Mexico with his wife Jill, a painter.