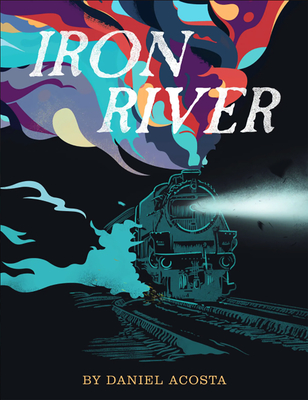 An acclaimed YA debut novel that serves as a great alternative or companion to To Kill a Mockingbird--exploring the dynamics of systemic racism in the 1950s through the eyes of a Latino boy coming of age.

It's 1958, and a river runs through 12-year-old Manny's life--the railroad that passes along his barrio in San Gabriel, just ten miles east of L.A. It used to be a playground where he could while away time with his friends, throwing rocks at passing trains. Until they find the body of a man they might've accidentally killed with their games. The crooked cop they confess to is just glad to have something to hold against them. He's always been happy to terrorize the whole neighborhood for not being white.

So now Manny is tormented by a guilty conscience, and the certainty that police will bang on his front door any day. His family is already struggling with the return of Uncle Rudy, a war-worn man just out from jail. Manny's dad keeps warning him to stay away from Rudy, that he's trouble, but he might have already screwed up his life all on his own.

Daniel Gilbert Acosta was born and grew up in California. After a half year as a novice in the Claretian order, Daniel left the seminary and enrolled at California State University, Los Angeles. Following college, Daniel was drafted into the U.S. Army during the Vietnam War. He was discharged from the Army in 1972 and returned to CSULA to earn his teaching credential. Daniel earned a Master's Degree from CSULA and spent thirty-four years teaching English and creative writing at Mark Keppel High School in Alhambra, California. A former member of the L.A. Barrio Writer's Workshop, Daniel retired from teaching in 2007 and return to his writing. His fiction has appeared in national print and digital periodicals. Iron River is his first novel. Daniel is the father of four, and he and his wife, Linda, live in Rosemead, California. You can find more information about him and Iron River at ironrivernovel.com