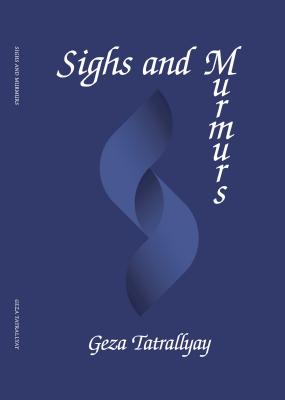 Sighs and Murmurs is the second collection of poems that I have written over many years and in many different cultural contexts. The first, Cello's Tears, published in May 2015 by P.R.A. Publishing and receiving strong critical acclaim, similarly brought together poems composed during my life in many countries, with several influenced by works in other artistic media or other languages. In Sighs and Murmurs too, I have included such works. Notably, one that was inspired by the 1972 film by Ingmar Bergman, about which the director himself observed that he had ..".touched wordless secrets that only the cinema can discover." (The title is an allusion to the film as well.) In Part II of this volume, entitled Mo(u)rning (after the first poem), I challenge this contention and explore the ability of poems to communicate the innermost self, however inadequately. The second poem inspired by another medium, A Fencer Relaxing, was influenced by a wonderful pen and ink work by my good friend, Jeremy Smith, the Canadian painter of the High Realist School, who used me as a model for this work. This appears in Part I of the volume, entitled Fluidbeing, (again the title of one of the poems in the section), which explores the search for definition and meaning in human existence. Part III of the collection, entitled Rubble, delves into the destructive side of man. The first poem Caf Scene, takes a poem I originally wrote in 1973 in Paris and adds to it a second section written on a visit soon after some of the recent terrorist events that have lamentably changed the City of Light forever. The ultimate poem in this section and the collection, The Last Quake, touches--with a very light brush--on the destructive power of nature, of which man is only a small part. Several of the works included here experiment with language (eg. Fluidbeing, For a Squashed Land Crab, A Lover's Introspection, Mo(u)rning etc.), and / or form (most obviously, Dream, choreographed and Act of Resignation), while others are more traditional in shape and poetic usage. In fact, some make reference to classical western and eastern literature and thought. As with Cello's Tears, I thoroughly enjoyed writing and compiling this collection, and sincerely hope that the reader will nd similar pleasure in perusing the poems in this little volume.

Born in Budapest, Geza Tatrallyay escaped with his family from Hungary in 1956, during the Revolution and immigrated to Canada. He has represented Canada as a Rhodes Scholar, as a host in the Ontario Pavilion during World Expo '70 in Osaka, Japan, and as an Olympic fencer in the Montreal 1976 games. He is a graduate of Harvard and Oxford Universities, as well as the London School of Economics. Tatrallyay is a prolific writer. He has published thrillers (Arctic Meltdown, Twisted Reasons and The Rainbow Vintner), a memoir about his family's escape (For the Children) and a second one of his efforts to help three Czechoslovak hostesses at Expo'70 defect to Canada (The Expo Affair) as well as Cello's Tears, his first collection of poetry. Sighs and Murmurs is his second book of poetry. Tatrallyay is a citizen of both Canada and Hungary. He and his wife, Marcia, now divide their time between San Francisco and Barnard, Vermont, with frequent trips back to the many places they have lived, including New York, Boston, Montreal, Toronto, London, Frankfurt, Budapest, Vienna, Bordeaux and Montevideo. They have two children, Alexandra and Nicholas, and two grandsons, Sebastian and Orlando.