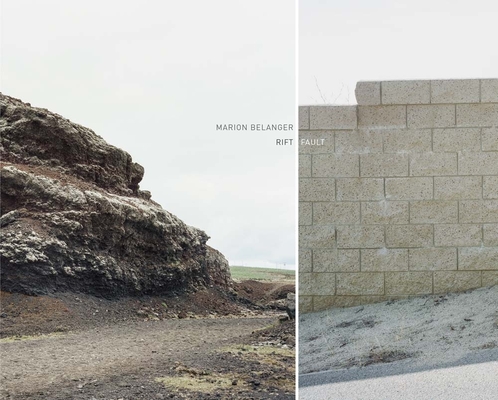 
Currently Unavailable
Rift refers to the eastern edge of the North American Plate where it meets the Eurasian Plate along the Mid-Atlantic Rift in Iceland. New crust is formed as magma pushes up from the mantle; the land along the rift is unstable and raw. Marion Belanger (born 1957) documents this land and its structures: geothermal electricity, hot pools, volcanic excavation sites, houses, new earth and cultural relics within the landscape. In Fault, meanwhile, she photographs the shifting western edge of the North American Continental Plate along the San Andreas Fault in California, focusing on traces of the tectonic plate edge and the artifacts of our built environment upon them. Though characterized by earthquake activity, the landscape is often striking in its visual normalcy. Capturing moments of anticipation in settings that shift between the wild and the contained, Rift/Fault creates a visual tension that questions the relationship between geologic force and the limits of human intervention.