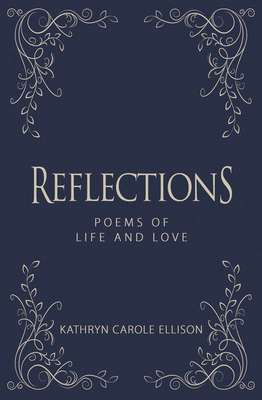 
Currently Unavailable
Author and poet Kathryn Carole Ellison's will add to her collection of twelve beautiful books of poetry in 2021 with three new titles: Possibilities, Mindfulness and Reflections. The books are a result of a lifetime of writing -- first as a journalist. Then, because she had some life lessons to share with her children, she chose poetry as a means of communicating. Her books -- Celebrations, Heartstrings, Inspirations, Sanctuary, Awakenings, Sojourns, Gratitude, Tapestry, Milestones, Beginnings, Horizons, Moments, Possibilities, Mindfulness and Reflections -- contain poems from a collection written over a span of 45 years. The "Poems of Life and Love" are as fresh and relevant today as they were when she first wrote them. She has also created a journal titled Gifts of Life and Love. Ellison began writing poetry for her children in the 1970s when they were reaching the "age of reason," and she was leaving an abusive marriage, becoming a single parent, and setting out on her own. She wanted to share "life's lessons" and her "words of wisdom" with them. Poetry was her way to communicate with her pre-teenage children to help them make good decisions in life, without a barrage of words and lectures that would fall on deaf ears. And so, the Advent Poems began. Ellison gave her children one new poem a day during Advent -- the 24 days in December leading up to Christmas. More than 40 years later her grown children still look forward to each Advent Season, and to receiving her poems. In total, Ellison has penned more than 1,000 inspirational and wisdom-filled poems for living a more joy-filled life and overcoming everyday challenges. "Children of the Light" was among the early poems she wrote and it is included in each of the twelve books in this collection. After writing hundreds of poems, it is still one of her favorites. "Light," she explains, represented all that was good and pure and right with the world, and she believed then -- as she does today -- that those elements live in her children... and perhaps in all of us. We need only to dare... and to reach for them. After Ellison's second husband, Bill Ellison, founder of Value Village/Savers Stores, died of Alzheimer's Disease in 2008, she decided it was time to share her poetry with the world. In 2014, at the age of 75, she started a business and began the journey into the world of publishing, and fulfilling her life's purpose. Ellison wants to share the message that it is never too late to pursue one's dreams. She believes the philosophy that "you can be old at 30, or young at 90" -- that it's all up to us. And she believes there's no better time than now to share the poems with the world at large. The present, broken world needs some good old-fashioned lessons in civility, kindness, and common sense.