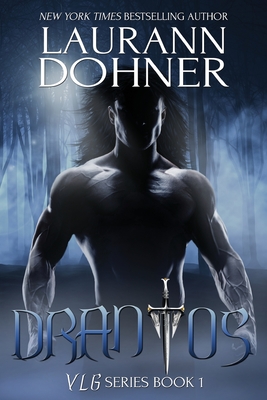 This is book number 1 in the VLG series.

For most, a plane crash means the end of life. For Dusti Dawson, it's just the beginning...Dusti and her sister Batina survived the crash, thanks to a couple of brothers who are equal parts menacing and muscled. She'd be grateful...if they hadn't turned out to be delusional kidnappers, who believe Dusti's grandfather is some monstrous half-breed creature bent on murder. Turns out Vampires, Lycans, and Gargoyles do exist-and they've been crossbreeding to form two hybrid races. Drantos, the man Dusti can't stop lusting after, is one of the most dangerous of all. VampLycans Drantos and Kraven were sent to eliminate a threat to their clan. But when that threat turns out to be mostly human women, clueless of their lineage, plans change-especially after Drantos gets a taste of Dusti's blood. Now, he'll die to protect her. Even if that means walking away from everything he knows to keep her at his side.Is her strong desire for Drantos reason enough to endure danger coming from all sides? Or should Dusti cut and run the first chance she gets?Author Note: VLG stands for Vampires, Lycans, Gargoyles...and breeds in between. Living in Alaska's harsh, pristine territories, these creatures live and love fiercely. These are their stories.