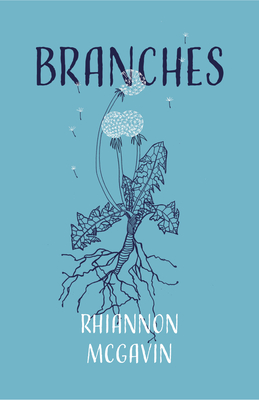 Microscopes swivel and flowers spread as the poet wrestles with a spectrum of growing pains. These coming-of-age poems draw inspiration equally from science textbooks and fairy tales. As the final poem prays, "I will see the moon and morning and know". Branches explores what it means to live to the next day, and the next, before we fully understand what we are surviving.

Rhiannon McGavin has failed the CA driver's license test three times so far. She has performed from the Hollywood Bowl to the Library of Congress, as well as on NPR. Her work has been published by Tia Chucha Press, Teen Vogue, and C Magazine. As a YoungArts Finalist in Spoken Word, she was nominated for the Presidential Scholar of the Arts. Rhiannon was the Youth Poet Laureate of Los Angeles in 2016, and currently studies literature at UCLA.