The Harrowing of Hell (Paperback) 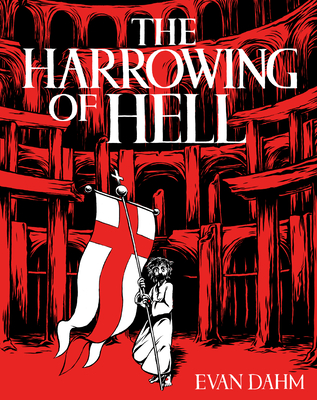 The Harrowing of Hell (Paperback)

"Grapples with the revolutionary humility of Christ's message." -- PUBLISHERS WEEKLY

Over the thousands of years since Christ's Crucifixion, the original gospels detailing his life and death have been edited, sanded down, and molded into the tale millions of people know by heart today. But what if that first fevered, dreamlike writing about this moment of profound historical upheaval were to be resurrected itself, brought back to life in a haunting fable for our modern age?

In THE HARROWING OF HELL, Evan Dahm draws upon a wide array of texts both ancient and modern, religious and historical, to create a brand new window into the life and death of Christ, a vision of a dying man's revolutionary drive and fervent belief in humanity's salvation from all manner of jailers. Discarding the heroic, demon-smiting Christ that has taken hold in the popular imagination, this story gives us a peaceable and contemplative Christ, defiantly at odds with the ancient and modern desires of His flock.

A richly symbolic, densely illustrated allegorical tale that echoes back to us from ancient times, THE HARROWING OF HELL is a fascinating reinterpretation of one of the most important religious figures in history, before He was the god of the wealthy and powerful, before He was recast as the warrior worshipers preferred.

Evan Dahm is a prolific cartoonist, responsible for the epic fantasy adventure stories Rice Boy, Order of Tales, Vattu, and Island Book and its upcoming sequels. He lives in Brooklyn, NY, and is a graduate of Appalachian State University in North Carolina. He has done work for First Second Books, BOOM!, Paradox Space, and Iron Circus Comics, in addition to self-publishing much of his own work since 2006