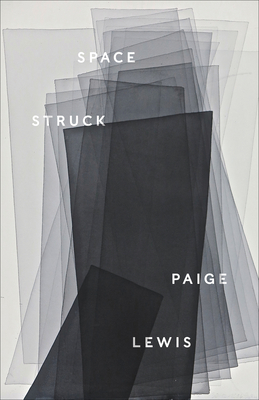 This astonishing, self-assured debut leads us on an exploration to the stars and back, begging us to reconsider our boundaries of self, time, space, and knowledge. The speaker writes, "...the universe/is an arrow/without end/and it asks only one question;/How dare you?"

Zig-zagging through the realms of nature, science, and religion, one finds St. Francis sighing in the corner of a studio apartment, tides that are caused by millions of oysters "gasping in unison," an ark filled with women in its stables, and prayers that reach God fastest by balloon. There's pathos: "When my new lover tells me I'm correct to love him, I/realize the sound isn't metal at all. It's not the coins rattling/ on concrete, but the fingers scraping to pick them up." And humor, too: "...even the sun's been sighing Not you again/when it sees me." After reading this far-reaching, inventive collection, we too are startled, space struck, our pockets gloriously "filled with space dust."

"Online, month by month, I watched it happen: a new genre of poem was emerging, but I had no clue who was responsible. These brainy poems didn't wait to spout off trivia, historical and scientific--'Pavlov Was the Son of a Priest' (a characteristically quotable title) recalls that 'the moon smells like spent gunpowder, ' then divulges some smoldering self-knowledge: 'I'm sorry/I couldn't hide my joy when you said lonely.' . . . T]hese poems were fluent in funniness, retweetably jokey: 'I'm//the vice president of panic, and the president is/missing.' But once the play subsided, you found yourself moved--unaccountably, almost, until you discovered, reading back up the poem, that even the zaniest elements had several parts to play. What looked like a genre, I soon realized, was all the handiwork of one poet. Their name is Paige Lewis. . . . Don't doubt them."---Christopher Spaide, Poetry

Paige Lewis is the recipient of the 2016 Editor's Award in Poetry from The Florida Review as well as a Gregory Djanikian Scholarship from The Adroit Journal. Their poems have appeared in Poetry, American Poetry Review, Ploughshares, The Georgia Review, Best New Poets 2017, and elsewhere. They currently live and teach in Lafayette, Indiana.