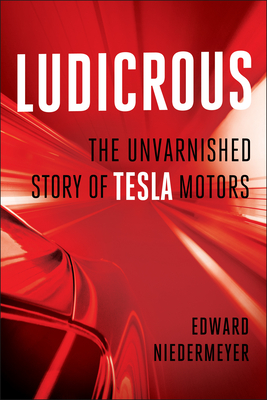 
Currently Unavailable
Tesla is the most exciting car company in a generation . . . but can it live up to the hype?

Tesla Motors and CEO Elon Musk have become household names, shaking up the staid auto industry by creating a set of innovative electric vehicles that have wowed the marketplace and defied conventional wisdom. The company's market valuation now rivals that of long-established automakers, and, to many industry observers, Tesla is defining the future of the industry.

But behind the hype, Tesla has some serious deficiencies that raise questions about its sky-high valuation, and even its ultimate survival.

Tesla's commitment to innovation has led it to reject the careful, zero-defects approach of other car manufacturers, even as it struggles to mass-produce cars reliably, and with minimal defects. While most car manufacturers struggle with the razor-thin margins of mid-priced sedans, Tesla's strategy requires that the Model 3 finally bring it to profitability, even as the high-priced Roadster and Model S both lost money. And Tesla's approach of continually focusing on the future, even as commitments and deadlines are repeatedly missed, may ultimately test the patience of all but its most devoted fans.

In Ludicrous, journalist and auto industry analyst Edward Niedermeyer lays bare the disconnect between the popular perception of Tesla and the day-to-day realities of the company—and the cars it produces. Blending original reporting and never-before-published insider accounts with savvy industry analysis, Niedermeyer tells the story of Tesla as it's never been told before—with clear eyes, objectivity and insight.
Edward Niedermeyer began covering the auto industry in 2008, quickly establishing himself as a leading chronicler and critic of the struggles and bailouts of GM and Chrysler. More recently he has focused on the collision between the auto industry and high tech sector, and the reinvention of the automobile. His work on automotive topics has been featured in the New York Times, Wall Street Journal, BloombergView, The Daily Beast, The Verge, and elsewhere. He is currently the cohost of The Autonocast, a podcast about the future of mobility, and is the Silicon Valley reporter for Automotive News. He lives in Portland, Oregon.
"Whether Tesla succeeds or fails, whether Musk ends up regarded as a hero or a clown, Ludicrous does a fine job of documenting the company’s story and setting the stage for what comes next."
—Los Angeles Times

"Fascinating and frustrating at the same time . . . Edward Niedermeyer has really worked hard in researching this well-balanced book."

"Ludicrous is a revealing look at Tesla's tumultuous history from the internet's leading Tesla skeptic."

"Ed Niedermeyer's deep dive into Tesla reveals the complex, fascinating, and often frustrating world of a company that has achieved great heights and is at risk of an even bigger fall. This isn't a book for the faint of heart. It lays bare all of Tesla—including the flaws and scar tissue—giving an unadulterated view of an enigmatic company and its rise from unknown upstart to a high-profile global automaker."

"The Tesla book we need, but don't deserve."

—Alex Roy, founder of the Human Driving Association and author of The Driver: My Dangerous Pursuit of Speed and Truth in the Outlaw Racing World

"Ed Niedermeyer has taken on the challenge of chronicling a company that prefers to only be discussed by its fans in an even-handed way that covers what went right and what failed. It's a fascinating read."