A Summer That Can Change Your Life: A History of the Educational Opportunity Program at Central Connecticut State University (Paperback) 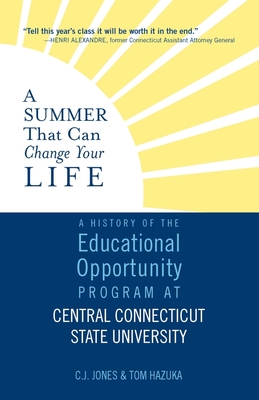 A Summer That Can Change Your Life: A History of the Educational Opportunity Program at Central Connecticut State University (Paperback)


Ships to Our Store in 1-5 Days
As of the 2017-2018 academic year, more than 2,000 students have participated in the Educational Opportunity Program at Central Connecticut State University. Thousands more have been part of similar programs at other Connecticut colleges, including Southern and Eastern Connecticut State Universities, and Wesleyan University. This book is a celebration of all those students. Fifty years after the program was created at CCSU, the students who have passed through its doors—largely first-generation college students from minority populations—are a testament
to how far the program has come since its early days, when its mission was often called into question. The histories chronicled herein shed light on a program that has achieved a lasting, generational impact, and which, over the course of successive summers, has indeed changed thousands of lives.
C. J. Jones is a true CCSU Blue Devil. “99½% Won’t Do” has been his mantra while earning a B.A. and M.A. at Central, and serving the university as a basketball coach, director of the Educational Opportunity Program, and director of athletics. He was inducted into the CCSU Athletics Hall of Fame in 2010. He is also the author of A Method to March Madness: An Insider’s Look at the Final Four, written in collaboration with Tom Hazuka.