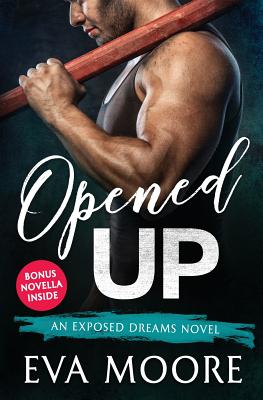 Sofia Valenti dreams of designing beautiful homes. Stuck doing office work for Valenti Brothers Construction and stress eating her weight in chocolate, she wants more than hand-me-down responsibilities. When her father signs up the whole family for a reality TV show, Sofia sees a chance to grab the spotlight for her dream. What she doesn't count on is the sexy head contractor knocking down her ideas and her barriers like it's demo day.

Adrian Villanueva has spent his life on the outside looking in. When Adrian sees his chance to finally buy his way into the company he helped build, he's certainly not going to let the inexperienced designer daughter with expensive taste and mouthwatering curves stand in his way. Ignoring his old crush on Sofia the girl will be easy. It's the appeal of Sofia the woman that threatens to bring him to his knees.

When hidden attraction flares into open desire, they must decide if a chance at love is worth giving up on a lifetime of dreams.

When Winston Hartwell's construction crew ends up on a reality TV show, there's no way he's going to sing for his supper, no matter how nicely the curvy camera lady asks. He's terrified of the limelight, and he doesn't trust these Hollywood types as far as he can throw them.

Trina McCallister is one last reality show away from her dream job of filming movies. She'll do whatever it takes to get the footage she needs and get the hell out. But she isn't prepared for the sexy giant with a voice of gold to demolish her carefully constructed defenses.

When lies and fear shake their newly laid foundation, only an act of bravery and trust will save them from ruin.