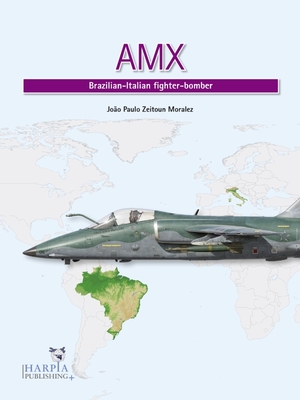 
Currently Unavailable
Italy began work on a new fighter-bomber in the late 1970s, aiming to field an aircraft capable of surviving in heavily defended Cold War airspace, flying at very low level, and releasing its weapons deep in enemy territory with a high degree of accuracy. In the early 1980s, Brazil joined the program, resulting in the AMX.

Developed to meet the demands of the Cold War scenario, the AMX program resulted in one of the world's most capable fighter-bombers, a type that has seen action in several conflicts and campaigns since it entered in service the early 1990s. This book covers the entire AMX story, from the origins of the program to its daily operations. This book is a must-have for specialists and enthusiasts alike, containing exclusive material, including photos and interviews that have never previously been published, and first-hand accounts of tactics and operations.