Stop Dubcek! The Story of a Man who Defied Power: A Documentary Novel (Paperback) 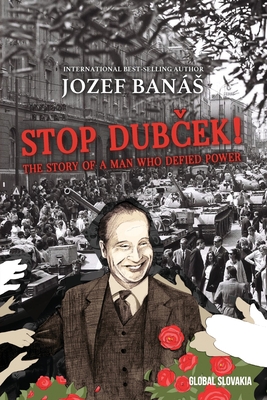 The brothers Milan and Stefan Dubček migrate to the USA, where Stefan meets the blue-eyed Pavlina, whom he marries later on. Their son Alexander Dubček is born in 1921, after the newly-weds' return home to Slovakia. The Dubčeks are enthusiastic about the new socialist movement and long to help building the arising socialist society. They decide to move to one of the most neglected areas of the Soviet Union, where the little Sasha (Alexander) meets his future wife Anna. After some time, however, the Dubčeks lose their illusions and return home in search of happiness. Here, Alexander Dubček's story begins - he participates in the Slovak National Uprising against the Nazi occupation, assumes his political career, during which he attempts to establish a 'socialism with a human face', but fails due to the Soviet invasion of Czechoslovakia. The novel reflects his life till his tragic death in a car accident, which still remains un-resolved by authorities.