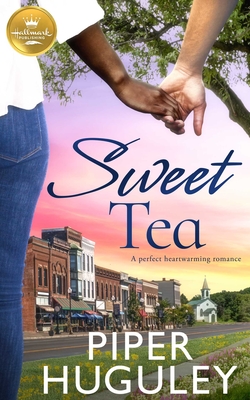 
Available at One of Our Locations
Southern traditions, history, and hope come together in author Piper Huguley’s heartfelt romance from Hallmark Publishing.

Althea Dailey has succeeded beyond her wildest dreams: she’s about to make partner at her prestigious law firm in New York. So why doesn’t she feel more excited about it? When she has to travel South for a case, she pays a long-overdue visit back home to Milford, Georgia. To her surprise, a white man she’s never met has befriended her grandmother.

Jack Darwent wasn’t interested in the definition of success dictated by Southern high society. His passion for cooking led him to his current project: a documentary and cookbook about authentic Southern food. Althea’s grandmother is famous for her cooking at Milford College, a historically Black institution. But Althea suspects Jack of trying to steal her grandmother’s recipes.

Despite Althea and Jack’s first impressions of one another, they discover they have more in common than they’d guessed…and even as they learn about one another’s pasts, they both see glimmers of a better future.

This Southern small-town romance includes a free Hallmark original recipe for Grandma’s Biscuits and Gravy.
Piper G Huguley is a two-time Golden Heart ®finalist and is the author of “Migrations of the Heart,” a three-book series of historical romances set in the early 20th century featuring African American characters. Book #1 in the series, A Virtuous Ruby, has won Best Historical in the Swirl Awards. Book #3 in the series, A Treasure of Gold, was named by Romance Novels in Color as a Best Book, received 4 ½ stars from RT Magazine, and won an Emma Award for best historical romance. Huguley is also the author of the “Home to Milford College” series. The series follows the building of a college from its founding in 1866. Book #1 in the series, The Preacher’s Promise was named a top ten Historical Romance in Publisher’s Weekly by the esteemed historical romance author, Beverly Jenkins and received Honorable Mention in the Writer’s Digest Contest of Self-Published e-books. She blogs about the history behind her novels at http://piperhuguley.com. She lives in Atlanta, Georgia with her husband and son. Sweet Tea is her contemporary romance debut.