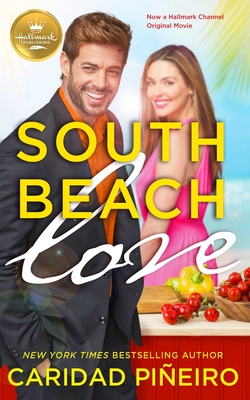 Two chefs are catering the fifteenth birthday parties of two girls who are definitely not friends. Only one of the celebrations will be chosen to be featured in the local paper. And both chefs have something to prove.

Tony Sanchez, the established executive chef of a New York restaurant, is on a long-overdue visit home to Miami. He’s committed to making the celebration the best it can be—for the sake of his niece, the rest of his family, and his reputation.

Sara Kelly hadn’t known much about quinceañeras before she agreed to cater one for her niece. It’s a chance to both help her family and to promote her brand-new restaurant in Miami. From her Cuban sister-in-law, Sara learns about quince traditions, appreciating the meaning behind them.

When Tony was growing up, Sara was his best friend’s little sister; now, he sees her in a very different light. But his last relationship with another chef ended in disaster…and Sara knows that, once the parties are over, he’ll be gone. Can either of them entertain the idea of a new romance?

This irresistible romance includes a free Hallmark original recipe for Tres Leches Cake with Banana and Coconut.
Caridad Piñeiro is a transplanted Long Island girl who has fallen in love with the Jersey Shore. When Caridad isn't taking long strolls along the boardwalk, she's also a New York Times and USA Today bestselling author with over a million romance novels sold worldwide. Caridad is passionate about writing and helping others explore and develop their skills as writers. She is a founding member of the Liberty States Fiction Writers and has presented workshops at the RT Book Club Convention, Romance Writers of America National Conference as well as various writing organizations throughout the country. You can connect with Caridad at www.caridad.com.