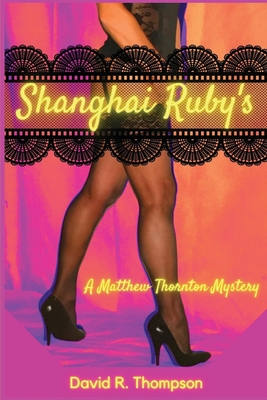 1948 Los Angeles. The House Un-American Activities Committee in Washington, D.C. is investigating members of the Communist party and their activities taking root throughout the United States.

Matthew Thornton P.I. is hired by a friend of Humphrey Bogart to recover jewels given to a mobster's mistress and Ernest Hemingway threatened while overseeing the filming of his latest movie.

Thornton uncovers a connection to several murdered women and a communist plot to overthrow the Hollywood film industry with funds generated from a counterfeit currency scheme, laundering the money through Chinatown's illegal gambling, dope and prostitution activities.

The conspirators: Black Jade, a top level female communist from China and now owner of a waterfront nightclub, Shanghai Ruby's, Carson McCullen, a manufacturing executive with a secret past and unwitting celebrity connections and the Communist "Gang of Eight" the writers, producers and directors at Majestic Movie Studios.

Thornton's assisted by a Rhonda Fleming look-a-like moonlighting at the Florentine Gardens burlesque club, an aging actor with a closet full of secrets and a federal vendetta, a gutter-story newspaper reporter, a black jazz musician with a penchant for lost blondes and a homicide police detective, risking his retirement plans.