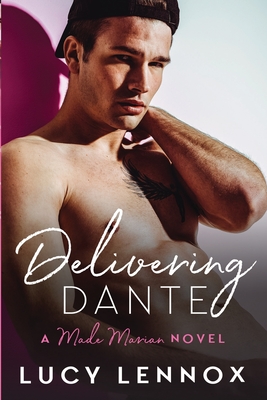 AJ: I know Dante's story better than anyone. After all, I was the one who rescued him from his homophobic, abusive father eight years ago. Since then, I've kept my distance, but when I run into him at the Marian House gala and he doesn't recognize me, I can't resist the incredible, sensitive man he's become.

I would do anything to protect Dante Marian, but what if his past keeps me from being part of his future?

Dante: Every new relationship has obstacles, it just turns out that ours involves my bumbling inexperience (ugh), an octogenarian naughty toy party (don't ask), and being on the run in an RV with Aunt Tilly (it involves the Secret Service- no really, don't ask).

When my biological father takes his homophobic views to a national platform, the only way to stand up for what I believe in is to claim my past and confront him. So now it's time to decide: do I put the past behind me and walk away from AJ for good or face my biggest fear and fight for what's mine?

While it can also be read on its own, Delivering Dante is the sixth in the Made Marian series. Each book tells the story of one of the Marian brothers' search for true love.